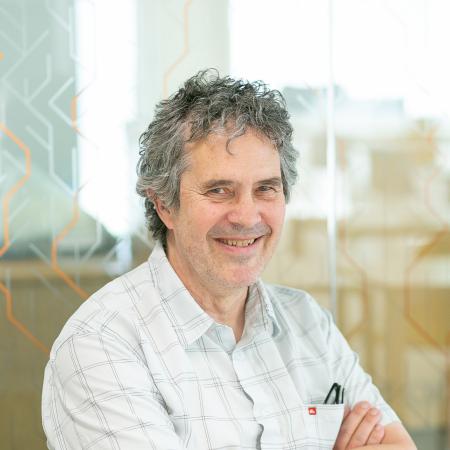 I lived in Denmark until 1985, except for short periods in England, Austria and Italy. Then I had a very long series of postdoctoral positions in North Carolina, California, Montreal, Japan and a few other places. From 1991 to 2001 I was a lecturer at Aarhus University and in 2001 I moved to Oxford, where I have been ever since, except for sabbaticals in New Zealand, Berkeley and Chapel Hill.

Stochastic and Algorithmic Aspects of Molecular Evolution, Origins of Life and Population Genetics.

Most of my interests involve molecular evolution and molecular population genetics.

Statistical Alignment. A major project in the last 5-7 years has been the development of algorithms calculating the likelihood of a set of homologous sequences that has evolved by both insertions, deletions and substitutions. This field is also called Statistical Alignment since it can produce alignments and probability statements about the alignment. The motivation for studying, modelling and making algorithms for statistical alignment is that most sequence analysis has, in the last decade or more, benefited tremendously from the use of stochastic models of sequence evolution. This also allows parameter estimation, hypothesis testing and more.

Ancestral Recombination Graph. Colleagues and I have developed a method that will find a history of a set of sequences that minimizes the number of recombinations plus substitutions and displays a history of the sequences that use this minimal number of events. This history will also find a set of intervals within which there hasn’t been any recombinations. This is a rational definition of a haplotype block. It is highly computationally demanding.

Evolutionary Models. This is a large topic and anything where you can have two examples and call them homologous in principle needs an evolutionary model. I have been interested in networks, but presently multigene families and protein structures are the focus. Multigene families have been studied for decades but only recently have they been viewed as a statistical problem.

Computational Models of Origins of Life. This is one of science’s great unsolved problems that is bound to get much more attention in the near future and turn much more computational as with everything else in the biosciences.